Why You Should Incorporate Coffee In Your Fitness Program 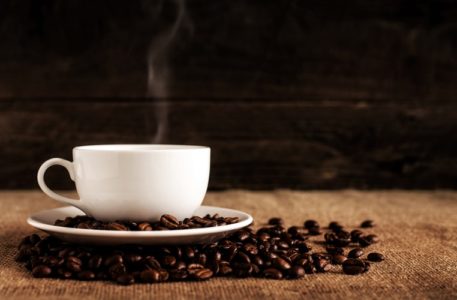 It is estimated that almost 90% of the world has had some form of caffeine at least once, and keeps using it according to the Modern Cyborg blog. In London, it is said that 50% of citizens take it on a daily basis. Even more interesting is the per capita intake which pans out to be 2 cups. Mysterious isn’t it, how such a  bitter drink is so popular? Taste aside, coffee has numerous benefits.

Research has shown coffee stimulates the release of the neurotransmitter, dopamine. Dopamine produces euphoria that gives that pleasant feeling. When it comes to fitness, nothing beats a healthy and nutritious diet and a good cup of coffee before a training session. Read on to learn more how this irreplaceable drink can help you achieve your fitness goals.

What You Need To Know About Caffeine

The common sources of caffeine include coffee beans, tea beans, and cocoa beans. Popular caffeine constituents include the likes of coffee, tea, cola, and chocolates. Caffeine can also be artificially added to other products including energy drinks. In short, caffeine is quite a useful product in both the drug industry and the beverage and food industry. It occurs naturally in coffee and its bitter alkaline soapy flavour has an impact on how coffee tastes. Hence knowledge on how to make delicious mocha alongside other forms of coffee, is a necessity. Ways people drink coffee around the globe vary to include cappuccinos, espresso, frappe, Wiener melange and cafe bombon.

Impacts Of Caffeine On Fitness

Fitness mostly implies on various activities that people do to maintain a healthy and appropriate body. This may include eating right and exercising. Caffeine is a contributor to a healthy way of life. It has been found to improve sporting performance and in the reduction of fatigue. When caffeine is mixed with carbs it replenishes muscles glycogen concentration faster after exercise. It also relieves post-workout muscle pain by 48%. It increases stamina during exercise. During intense exercises, caffeine has been proven to boost muscle endurance. The major issue of uncomfortable body weight could also be remedied by caffeine. It has been found to be able to prevent weight gain and aid in weight loss. Last but not least caffeine can be used to improve physical and anaerobic metabolism.

The Effectiveness Of Caffeine Once  Added To A workout Regimen

Ever wondered why caffeinated pills and drinks are the most common supplements among athletes, gym-goers, and bodybuilders?  This is because a shot of caffeine before a training session or competition has been found to improve performance by making it easier to exercise more vigorously with less pain and fatigue. Caffeine directly works on muscles, improving their efficiency in power generation. Caffeine can also shift muscles to burn fat more quickly hence preserving glycogen stores. Furthermore, it gives muscles more time before they wear out. Caffeine also increases alertness which is quite helpful during workouts. It delays mental fatigue to.

When it comes to children, limited caffeine intake is recommended. Caffeine is not recommended for kids under the age of 12, since they are still going through the growth process. Otherwise, if caffeine is taken properly, it could be the remedy for various health issues, it can also boost energy levels and lead to a fitter nation.

Copyright by PT4U. All rights reserved.