Bodybuilding through the ages 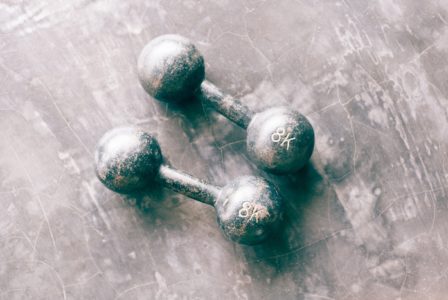 As technology evolves around us at a rapid pace, we realise that other aspects of our daily lives are also constantly changing. Nutrition and fitness has been revolutionised. In the past 50 years alone both have undergone a huge transformation. Significant changes came about in the 1980s with the establishment of certification organisations that subsequently financed nutrition and fitness research studies. We had certified coaches informing the public about relevant research findings and by the late 1990s technology started to play a huge role in information flow, making information available to the masses and permitting them to make educated decisions pertaining to their lifestyles. Worldwide obesity problem also plays a significant factor in fitness industry growth at modern times.

One area of fitness in particular that underwent a huge transformation is bodybuilding. This fitness pursuit may have originated back in the 1880s but it is only in the past 100 years (the last 50 being the most pronounced) that bodybuilders have undergone such substantial changes. Now we might ask ourselves why this transformation came about.

Bodybuilding has never been so popular as it is today. But what factors are responsible for the boost in bodybuilding popularity? The internet and in particular social media has played a huge role in the swift increase of the sport’s popularity. Newspapers, magazines and television all played their part too. Other significant contributing factors are women’s increased interest in fitness and nutrition and the fact that younger people also became interested in bodybuilding.

Modern technology has gone a long way in determining how modern-day bodybuilders look. Important developmental changes include new and improved bodybuilding equipment, an influx of information, advanced studies regarding the human body and the introduction of food supplements.
Not all changes are positive. Professional bodybuilders (and not only professional) became consumed by ever improving steroids, growth hormone injections and other PEDs (illegal performance enhancing drugs).

The draconic abuse of PEDs has forced the bodybuilding community to not only change their training methods but to alter their ideal physique image as well. This resulted in “juiced up” bodybuilders having non-aesthetic mutant size  muscles and sticking out guts despite their extremely low body fat percentage.

To better understand how bodybuilding has evolved let us take a closer look at the past 50 years of the sport.

Bodybuilding activity through the decades

There is no telling how much further bodybuilding can possibly evolve or whether it can possibly revert back to “golden age” when muscles were smaller but aesthetic, symmetrical and proportional and there was less reliance on illegal performance enhancing drugs. Or maybe, just maybe, one day natural bodybuilding will become a norm again and all the “juice heads” will be nothing else but old school freaks from the past…

Copyright by PT4U. All rights reserved.